Do not feed the clogs 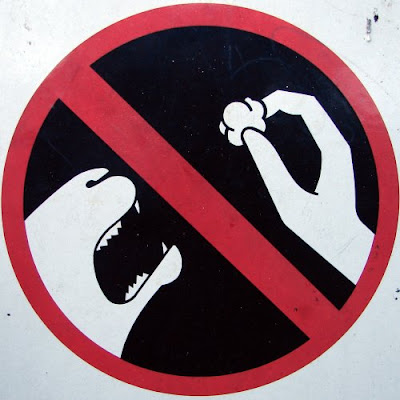 One of the key differences between websites of diverse character and blogs is, perhaps, the latter comprises a community – especially the political blogs – known loosely as the "blogosphere".

In fact, there is not one community, but several, rendering the blogosphere a highly fragmented entity, with little cross-over. The left and the right, for instance, occupy their own spaces, and there are specialist communities, such as the climate change fraternity, again split between the "deniers" and the "believers".

What makes the community are two things. The first is a commonality of interest. But the second is linkage, through dynamic links in the text of posts, and in the blogrolls – the list of preferred blogs, to which the individual blogger draws attention. These links, more than anything else, pull the blogosphere together.

Within the political blogging "set", though, there is another division, between the givers and the takers – the feeders and the parasites. Broadly, this amounts to the links offered, and their nature. Some blogs are generous with their links, picking up other sites across a wide spectrum, with a comprehensive blogroll.

Here, there is an informal convention on reciprocation. If a blog links to another on its blogroll, the recipient returns the favour and does likewise. Textual links are a different matter, but one tries to offer links to sites that have something to say, and are toiling in the same vineyard.

Those are the givers, as opposed to the takers, the parasites – usually those with a high profile which receive multiple references from other blogs, but do reciprocate and favour only a very limited number of blogs on their blogrolls and with textual links.

The classic offender here is the Guido Fawkes blog, which has a very small blogroll and rarely links to other sites. It builds its circulation on the back of other blogs, but puts very little back – sharing a parasitic existence with the likes of Conservative Home and some others, who form their own exclusive, self-referential claque.

But a particularly malignant sub-set comprises the "clogs". As is the blog, a composite word - built from "weB LOG" – so is the "clog", built from "Corporate bLOG". Mainly media sites, these are the true parasites, who rarely link to others outside their own corporate domains, yet benefit hugely from inwards links.

This refusal to link is quite often a matter of deliberate policy. Journalists who generously include links to independent bloggers, find the links removed by editors, following their business policy. Between them, the corporates – who see the independents as a threat – are making a bid ownership of the blogosphere. Rather like their supermarket cousins, they are attempting to freeze out the independents.

Inexplicably, though, the independents often help the corporates out, linking freely to their parasitic clogs – who will never reciprocate – and ignoring their fellow independents. Thus does some fine writing in the independent blogosphere struggle for an audience, while the clogs prosper.

In what is a battle for survival, therefore, independents can help each other out, by favouring other independents in their links, and being extremely sparing in their links to the clogs, the claque and other parasites. Basically, the convention of reciprocation should be a guide, leaving the parasites to feed their own.