When Salvage is worth the price. 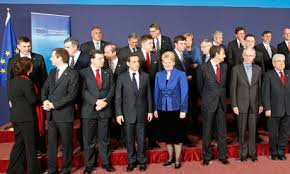 Even as a group they are behaving differently!
"To operate successfully, the ERM requires broadly convergent inflation rates in participating countries.5 However, different productivity growth rates and convergent inflation rates 'would almost inevitably imply an unequal rate of growth in real incomes' reinforcing pressure on 'employment in the country with a slower real growth rate than in the faster-growing partner.... Thus, ERM membership would involve long-term adjustment costs which might not be politically tolerable, even if such costs could be legitimated by the language of so-called global economic commitments."
Read this, from which the quote is taken, substitute the euro for ERM and then see how history has taught the idiots but nothing. The constant scaremongering surrounding a collapse of the eurozone single currency is a nonsense. Europe engaged in over five years of mutual destruction on an epic scale. Today's generations have little idea of that horror.
So when contemplating the fear perpetuated by the rubbish which passes for politicians today remember, their only agenda is for themselves and their perceived power and superiority. Sure the collapse of the EU would be bad for them. They could even end up in prison. For the rest of us it's pretty shitty anyway. Little hope for a better future, sod all sense of security and societies throughout Europe beggared by those claiming to know better. Trust me, the sooner this whole shameful project is ditched the better for all of us.

As for those morons who got us here and their corporate and banking pals, all in cahoots with gangsters, piano wire is too good for them!
Posted by Oldrightie at 3:30 AM

Email ThisBlogThis!Share to TwitterShare to FacebookShare to Pinterest
Labels: A better world