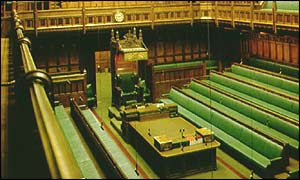 It is very hard to determine what might catch peoples' imaginations and take off as a peaceful but significant protest against the establishment. That includes local councils, MPs, MEPs, trade unionists, Global Corporations and so on. A significant act of quiet defiance and a substantial statement of people power. I have an idea. Whether it could succeed, I don't know.

It is that the people of The UK, or even Europe and The USA as well, have a "public" day off. Everybody decides, on a chosen day, to not work, (emergency services only, excused) not travel or spend one penny of money. Not a National strike but a people day off! It is probably a daft idea but it does appeal to my ageing sense of frustration. Just imagine if it did take off. Say, out of the air, the 29nth of September. On that day WE decide to have a day off. No money, fuel, work absolutely zilch.

Once one day happened, WE could seek to CHOOSE the next one! Demands might ensue whereby THEY would be forced to LISTEN. We could then label days off. Bankers' protest day, Climate change protest day, EU referendum protest day even "we want an election" day! Whatever the protest it would only work if it captured majority approval so potentially self-regulating. The more people took the day off the greater the "petition".

Naturally many people might well like the idea of extra days off, anyway! Such fun!
Posted by Oldrightie at 2:06 PM

Email ThisBlogThis!Share to TwitterShare to FacebookShare to Pinterest
Labels: Protest